Blessington Street Basin is a secret garden right in the heart of Dublin City.  Despite having been born and raised in the city, I did not discover this hidden gem until we rented a house in the area.

This park is unusual as it is almost entirely made of water!  There is a path around the basin dotted with benches and lined with beautiful raised flower beds. It was renovated throughout 93/94, and officially opened to the public in November 1994.

There is a man-made island in the centre of the reservoir, and this has become an unofficial bird sanctuary.  In the summer months, you may be greeted with the peculiar sight of large hay bales floating in the water.  According to the park warden, they prevent the water from stagnating and keep the environment fresh and clean for the wildlife.

The basin has had a diverse history. It was built in 1803 and served as a reservoir for the city of Dublin.  When the Vartry Reservoir system was completed in the 1860’s, the water from the Blessington Street Basin was no longer needed for the city.  Instead, the water was used to supply the distilleries of Jameson and Powers.

Blessington Basin is an oasis of calm in the centre of a bustling metropolitan city.  It is situated just ten minutes walk from the Spire of Dublin.  It connects to the Royal Canal Linear Park, which in turn connects to walkway along the Grand Canal.  While in the area, you could also visit St Michan’s Church (which is famous for it’s mummies) and King’s Inn. 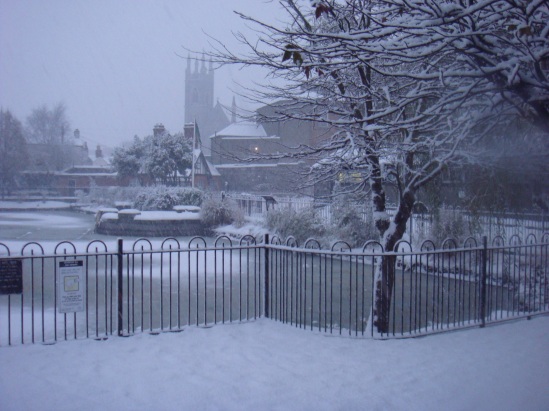 View the rest of the “A Tourist in my Own City” series:

See What Others are Saying